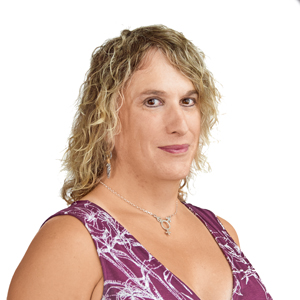 Rachael is a 51-year-old woman living in Kansas City. Rachael is a freelance lighting and projection designer working primarily in the entertainment industry. She has designed shows at many theatres in Kansas City and served as the resident designer for the Unicorn Theatre for 10 years. Rachael also travels extensively designing, engineering and programming shows at many different venues all over the country. When she isn’t designing, she can be found teaching at various colleges and High Schools. Rachael also serves as a training specialist for a media server company called Green Hippo. She lives with her partner of 15 years, Margaret and their 3 puppies Cassie, Tessa, and Harley. Rachael can be bribed with dark chocolate and never misses an opportunity to play Pickleball.