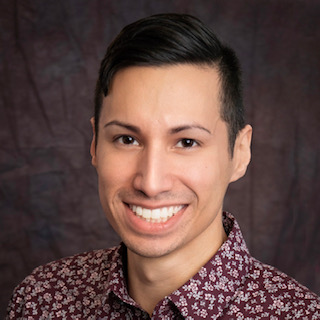 Aniseto “Seto” Herrera, has worked as an activist for the LGBTQ community since he was in high school. Born and raised in Kansas City, he graduated from UMKC in 2017 with a Bachelor’s of Liberals Arts & a minor in Theater Degree, and is projected to graduate in Spring 2020 from Kansas State University with a Master’s Degree in Elementary Education. Over the past 14 years he has served & worked with many groups, including the Kansas City Diversity Coalition, the Kansas City Anti-Violence Project, KC Passages LGBTQ Youth Center, and Project Pride (the Coterie Theater’s LGBTQ youth group). Seto is a well known performer in Kansas City performing as “KC Sunshine, the Midwest Michael Jackson”. He has performed on stages across the nation for over 10 years, and also works at local high school theater’s teaching Hair & Make Up Design to students. Seto volunteers as a mentor to LGBTQ youth in the KC area, and is currently the director of the Kansas City Pride Youth Royalty Court- a pageant system that gives LGBTQIA youth in KC a chance to build their leadership skills & strengthen their voice to create positive change.